Murrabit Trading has a long history as a farmer owned co-operative in Murrabit. Original the Murrabit Packing Company, it commenced operation in 1925, packing fruit produced by growers across the district. Up to 33 people were employed during harvest periods in 1928, after a new packing plant, operated by a stationary engine was installed. In 1930 the shed reportedly turned out 42,000 cases and 50,000 in 1931. With it’s building being adjacent to the railway line the co-op was able to utilize rail trucks for transportation. Between 1929-34 Murrabit oranges were exported to New Zealand, Canada, Japan, Singapore and Ceylon. Spray irrigation was introduced in 1958 and the closure of the railway line in 1961 saw fruit transported by road. The packing company saw many changes over the years as time progressed, going from a packing plant operated by diesel engines, to electric motors in 1962 when electricity was connected for example. In the 1980s, competition from Californian Navel oranges and low priced imported juice concentrate, saw prices tumble. The current retail store was built and opened in 1982, and the transition from packing company to rural merchandise outlet was completed in 1995 with the closing of the packing shed. With a shift in the types of farming which make up the Murrabit district, there is only a couple of orchards left today.

A diverse variety of farming now operates in the district including Dairy, Beef, Prime Lamb, Wool and Cropping. They are able to source any and all of their needs through Murrabit Trading Ltd, a member of the  CRT “Local Bloke” group. After 90 years, the “Packo” as it is still known by locals, continues to be a farmer owned co-operative, and continues to support local community groups and events including the Murrabit Football and Netball Club, Murrabit Cod Challenge, Murrabit Family Fun Night, Murrabit Tennis Club, Murrabit Golf Club, Murrabit Group School and more. 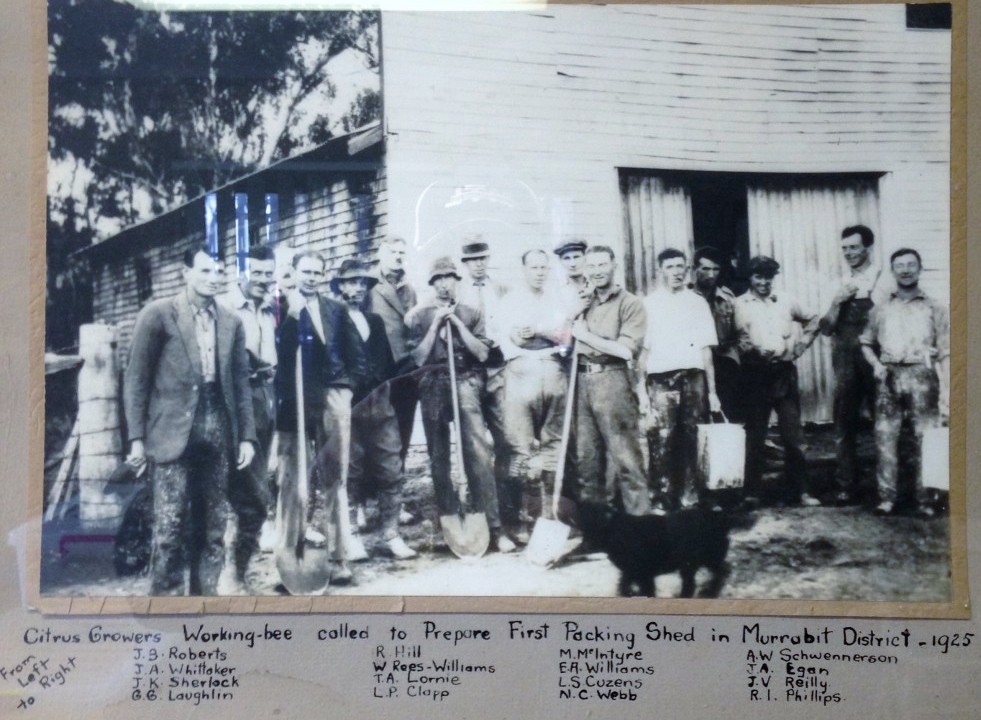